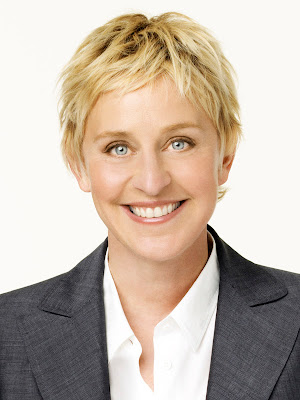 Here's what she had to say in response to "One Million Moms"...

Here's hoping YOU were able to stand up recently for something YOU believe in too!!!!
Posted by Jeff S. at 6:46 PM 1 comment:

My new iPad addiction is an app called "Snoopy's Street Fair". To be honest, I'm not really sure how to play it. As soon as it loaded, however, characters started moving around the screen, and gold coins started appearing above the street fair games that were preloaded on the app.

I started tapping them, and my "bankroll" suddenly appeared at the top of the screen....that was all it took! The bankroll can be used to buy other street fair games, cotton candy machines, snack carts, and my favorite recent acquisition...a hot mixed nuts cart!!!

I've also purchased an expansion to the three block area that I started with (I got my niece hooked on the app on our long drive down to Iowa on Friday, and had her take over to tap enough coins (36,000) to purchase the land).  An interesting component of the game is that you actually have to wait for things to get built. The expansion, and extermination of a hornet's nest that is blocking the entrance, takes 72 hours to complete.

Eventually, I stumbled upon Peppermint Patty's "Checklist", which gives the player a list of things to accomplish, but there are many features that I still don't get.  I bought a tricycle with a recycling box that I acquired by taking decorations off Charlie Brown's house...NO IDEA what it does. I can't get it to move, or any character to interact with it. I also bought a bunch of tables and chairs that I purchased, but the characters won't interact with them either.

I have earned playing cards, and somehow achieved various new levels (which add more street fair cart and game options), and there's a whole "Costumes for Snoopy" feature that I don't understand how to use.

Although there are MANY things about the app that I just DON'T get, one feature that provided GREAT entertainment yesterday was the "photo booth"!  By adding the photo booth to the street fair, a frame feature is added to the iPad camera.

We had a GREAT time experimenting... 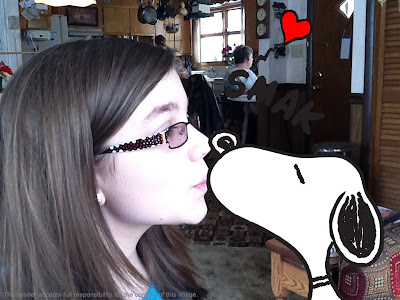 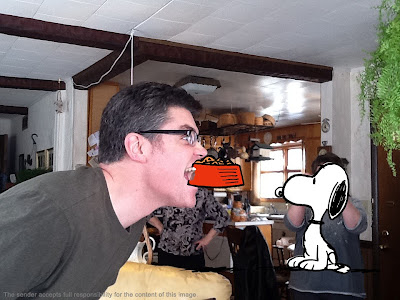 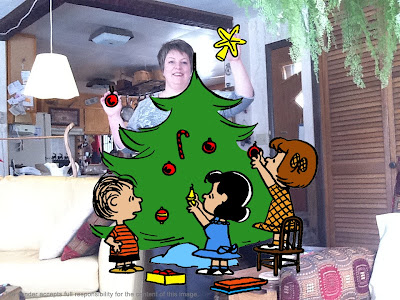 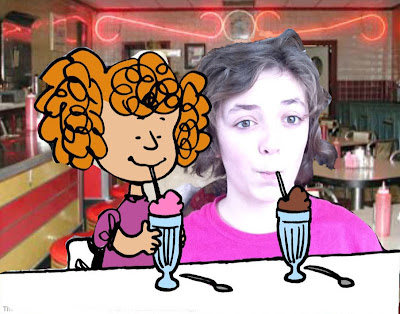 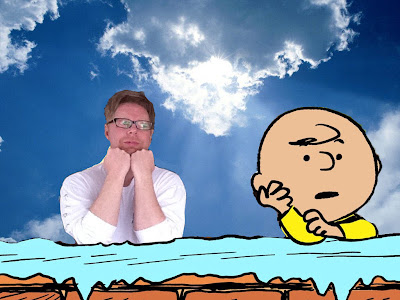 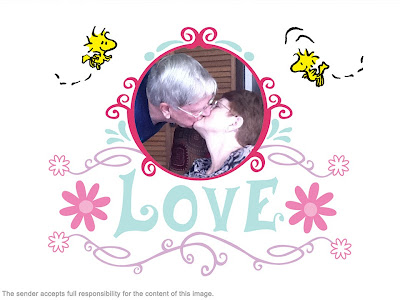 Here's hoping YOU found an activity or game that amused YOU recently!!!!!
Posted by Jeff S. at 8:44 PM 1 comment: