So...I had my headshots done today by an AMAZING photographer named Patrick Watson at Studio Mendota in St. Paul (check out his website at http://www.ranterbanter.com/) . He had an "open house", and people could drop in and have photos taken.

He was AWESOME! The following photos are my "top 5". Not sure WHICH to go with, so if you like one in particular, leave a comment to this post, and help me decide. 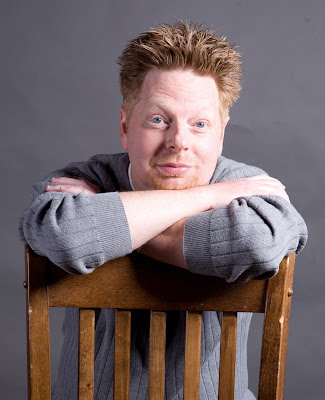 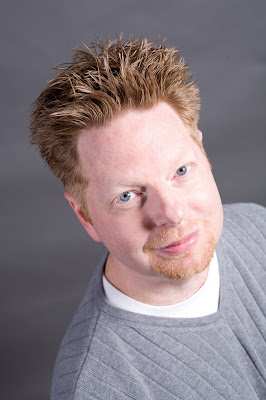 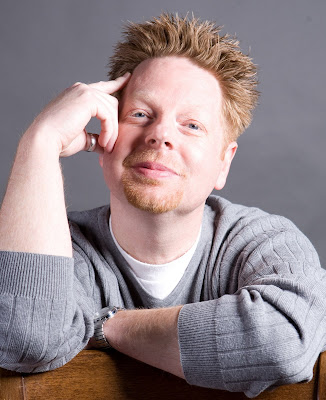 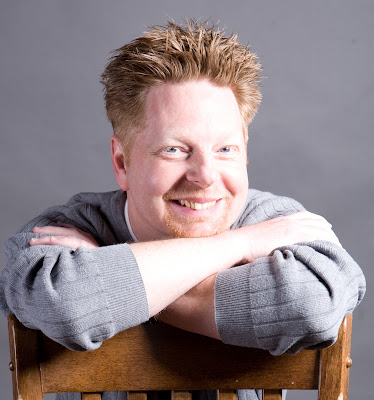 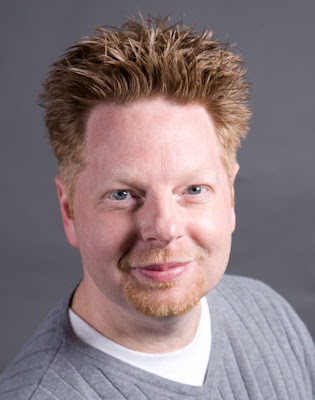 Shot #5
My next post...the "yeah...not so much" shots (otherwise known as the "DON'T talk when the photographer is trying to take your photo" shots...)!!!

I have NO IDEA how long I've had this particular bougainvillea plant, but I remember bringing it back in my car on one of my trips to St. Simon's Island, Georgia. It's been a love/hate relationship, because, when I first brought it home and transplanted it (into the pot in which it currently resides), it did REALLY well.

It was on my deck, in full sun, and had GORGEOUS fuchsia blooms every summer. Then, I moved to Minnesota, and kept it on my shaded deck in the summer, and inside my "northern exposed" apartment during the winter...which was, apparently, not even CLOSE to being enough sunlight to produce flowers. So...it HASN'T bloomed in about EIGHT years (except for a weird little "growth spurt" just before I moved, in which it started producing a few flowers again...).

I thought I might throw it in the dumpster, or pull it up and cut back the roots, to see if I could get it to bloom as profusely as it did before, but, never got around to it (plus it has thorns, and they REALLY hurt if you get stuck!!).

Apparently, sunlight IS the trick. Since moving to the new place, and keeping it on the SUNNY deck in the summer, and in a SUNNY "southern exposed" window during the winter...it's doing QUITE nicely.

I REALIZE that many of you might be saying WHO CARES??!! HOW LAME!!! ...but in Minnesota, where it FREQUENTLY gets below freezing (WAY below freezing!!!) through MARCH, and, where we just got ANOTHER four inches of snow last night, and where spring is AT LEAST five months away, a little "blooming" goes a REALLY, REALLY long way!!!!!! 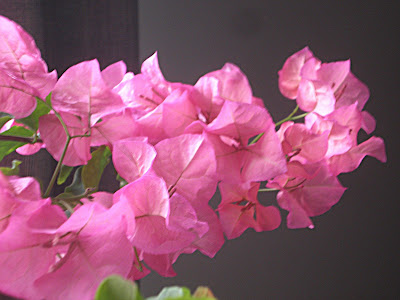 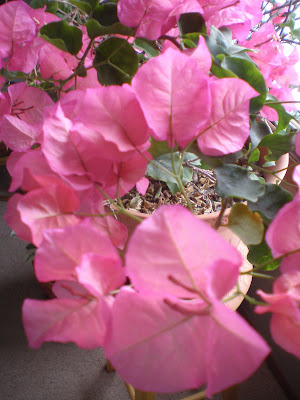 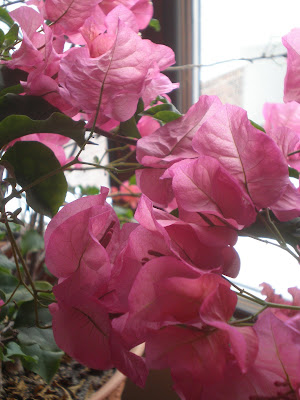 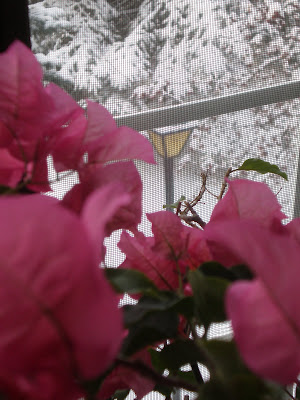 The Boy Who Cried HERNIA!!!

So...I went to the doctor this evening, because, yet again, I thought I had a hernia. I've had this EXTREME discomfort in my left abdomen for the last couple of weeks, and, with rehearsals for "Seussical" beginning on Monday, thought it would be a good idea to have it checked out (plus, I had a few other "growing older SUCKS because THIS happened" issues that needed to be addressed, so thought I'd kill FOUR birds with one stone).

I'm sure that, at this point, my doctor has his "yes Jeff...I'm sure Jeff...You'll be FINE Jeff..." routine down, but, to his credit (he really IS a great guy), he listened to my complaints, inserted a few needed stories about what hernias REALLY look and feel like, did the customary "turn and cough" routine, and sent me on my way...

So...to rule EVERYTHING out...we're going to do a urine sample (oh joy!) to see if there's any sort of kidney stone action going on, but, at this point, I guess all that's left is having a slimy, toothy alien pop out of my stomach... 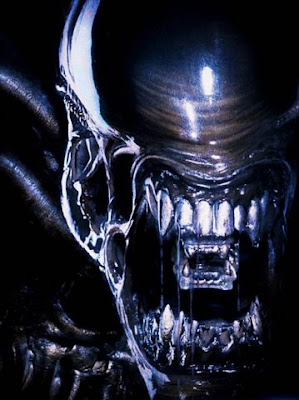 I continue to be amazed by how COOL Facebook is...in the last few weeks, I've connected with "Wendy" (to my PETER PAN from a play I did with Washington Community Theater when I was in college), musicians from the OLD GOLD SINGERS...a swing choir I was in at the University of Iowa, friends I'd lost track of from high school (hello Mary Ann, Nancy, and Karen), and, today, one of my former students at Hinomoto Gakuin, when I was living and teaching in Japan!

I am "friends" with the director of the play for which I will soon be starting rehearsals, my friend Chad, who once lived in Fairfield and now lives in Texas, and a BUNCH of my co-w0rkers at school (AS IF we don't see each other/talk enough as it is...LOL!).

What a GREAT way to reconnect with friends, past and present...thanks AGAIN Tena, for getting me HOOKED on this AWESOME site...!!!!
Posted by Jeff S. at 5:43 PM No comments:

Turn Your Computer Into a "Non Portable" I-Pod!

One of the blogs that I follow at school is: http://garrisonsites.blogspot.com. The guy who writes the blog finds LOTS of cool websites, technology, gadgets, and teaching stuff to share with his "readers" (check out "50 Sites in 50 Minutes", which he presented at the TIES Conference earlier this winter...). Today's post was about a REALLY cool website: http://justhearit.com/.

Here's the note that I sent to the staff at work today:

I saw this COOL site mentioned on a blog that I subscribe to. You can listen to TONS of songs from around the world (I found "Hakuna Matata" in JAPANESE!), or from right here in the US (check out Barry Manilow's "Very Strange Medley)! Not sure how you can use this in your classroom (or if you even want to). It might work for “world music”, or just to have background music playing during reading time in your classroom.

You WILL have to play around with the site a little bit. Find your song by typing the name in the search box at the top. To listen to the song, click on the “+” to the right of the song (to add it to your playlist). Click once on the song (in the playlist column), and it will start.

I’m not sure why, but if you don’t hear anything after a couple of seconds, that particular song won’t play (maybe it has to do with copyright, or something?). If this happens (you'll see "NaN" where the counter for the song is located, at the top of the playlist), either choose a different song, or another version of the same song from the list from which you got the other version of the song.

I haven’t found a way to save the “playlist” yet, but it looks like the site is still in “test mode”. You can submit your e-mail address (upper right hand portion of the screen), and they’ll contact you when you can join.

I just spent the weekend at mom and dad's with Robin, Dave, and the girls. In August, Dave and I decided to rip out the carpet in dad's bathroom (okay...I decided to rip it out, but he helped...!). It was stained, and gross, and extremely UNPLEASANT to walk on...especially after getting out of the shower...!

So...this weekend, after making dad live with a REALLY gross "sub par sub floor" for five months (we also ripped off the tacky wallpaper to discover a REALLY awful orange and white striped paper underneath...which went REALLY well with the orange and white tile on the lower half of the wall), Dave and I tackled the "remodel".

Before we could put in a new sub floor (and by "we", I mean Dave...I'm COMPLETELY inept at "home repairs"...I was there in more of a "home repair guy's assistant" capacity), we had to level the old boards that were there, remove the toilet (and put down a new wax seal...AFTER scraping off the old one...don't ask...it was DISGUSTING...), THEN cut the plywood for the NEW sub floor, and screw it in place.

After spending a good deal of Saturday morning on that, we (and again, I mean Dave, although I did a big chunk of THIS part), had to pull off the old paneling (with the tacky striped paper on it). We were THRILLED to discover crumbling ugly plaster beneath this, and, again, more uneven "patch jobs" (I'm not sure WHAT they were thinking when they put in the medicine cabinet...it looks like they BLEW that part of the wall off with dynamite, shoved the cabinet in, THEN filled in the remaining holes with sticks from the yard, and mud...it was amazingly AWFUL).

After leveling, chiseling, smoothing, and hammering, we finally got it to the point of being able to put up NEW paneling. Dave measured the various walls, only to discover that none of them were "square". He did a BRILLIANT job cutting the paneling to fit the various "non square" walls, and by evening, we had the panels in place. Dave had to "mud" a couple of the corners to fill in some small gaps between the panels, and we then "wood glued" the finishing nail holes and imperfections in the panels.

After that, we reglued some of the border tiles that fell off (some breaking) back in place with some of the linoleum glue, made a "pattern" for the floor (pieces of tagboard taped together), taped the woodwork in preparation for painting, and called it a day. By this point, I'd had about FOUR Advil and a couple of glasses of wine. I also sat on the "massage and heating pad" I'd just brought mom for her birthday, and, to be honest, I think that's the only way I was able to get out of bed this morning!

Today, we primed the paneling, then when that dried, added a coat of taupe/gray paint on top of that. We cut the linoleum (using yesterday's pattern), and glued it down. Linoleum glue SUCKS, and rolling out the bubbles is NOT a good time...especially when we didn't HAVE a linoleum roller, and had to use a big wine bottle filled with sand!

We (and again, I mean Dave) hooked the toilet back up, and then loaded up the car, and headed back to the cities. Now...I'm sore, and tired, and NOT ready for tomorrow to be Monday, but AT LEAST dad has the beginnings of a "new" bathroom (there's still some trim to put back up, and a couple of other things to fix before it's finished). I'm sure he's THRILLED that he will no longer have to step from towel to towel (to avoid the black glue on top of the old sub floor), or look at that HIDEOUS striped paper.

Hope YOUR weekend was productive too!!!
Posted by Jeff S. at 9:26 PM 2 comments: