The Winter That WOULD NOT DIE!!!

I know it's only February, and we still have AT LEAST two months of winter left, but here I am at home on our FIFTH or SIXTH (I've lost track) snow/cold day of the year since January 1st!  I am not complaining at all (about not being at school) because, to be honest, this morning's commute was more than I could bear.

The newscasters were calling the metro roads "treacherous" and recommended "not leaving the house unless absolutely necessary".  Thick ice from recent metling, covered with 8 inches of new snow, and winds whipping it all around at 20-25 miles per hour...no THANKS!!

The day started with the district calling a two hour delay for students, and staff instructed to report "as soon as they could safely get there".  Had I left at my normal time, I would already have been on the road for an hour by the time they called it (which is REALLY disconcerting).

Last Saturday, I put away the plastic snowmen that were on the deck, and shoveled off the two feet of snow that had accumulated there.  This is what it looks like again today... 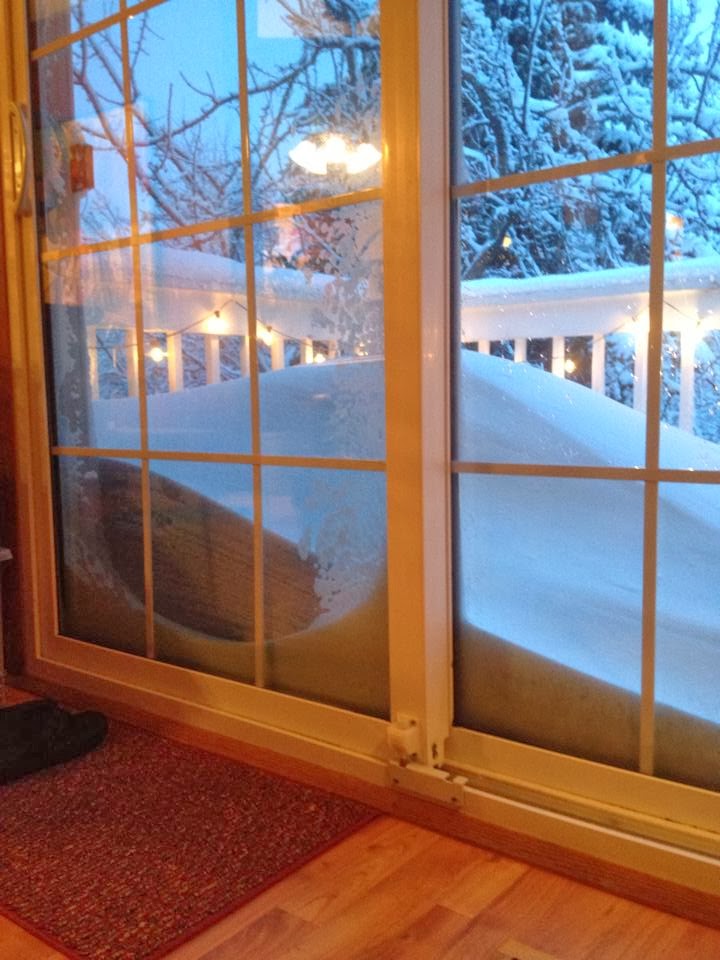 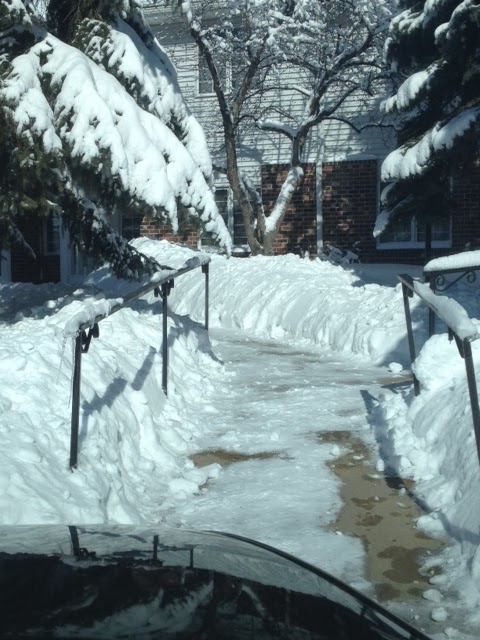 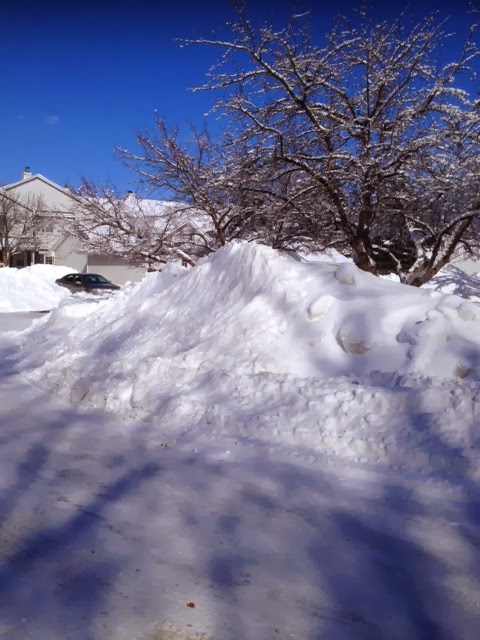