...just busier than I've been for a long, long while (and, if you've followed the "happenings" at work over the last several years, you know THAT was busy enough).

In the space of about four days in late August, I applied for, got called to interview, interviewed, was offered a job, and accepted.  So...I quit the "five jobs in one", and am now the media specialist at an elementary school on the other side of the cities.

The commute is WRETCHED, but at least I'm not driving directly into the sun now, AND I'm at one school and not three.  I also no longer have to teach reading intervention as part of my job.

That being said, the learning curve is WICKED HUGE.  Mac instead of PC...Promethean boards instead of Smartboards...Google Docs instead of Microsoft Office...old dog...LOTS of new tricks.

I also started rehearsals for a musical, which "goes up" this weekend.

So...here are a few pictures of my recent transitions and the show...more in a few weeks, when the show is over, and I don't feel quite so...lost...in my new environs!!! 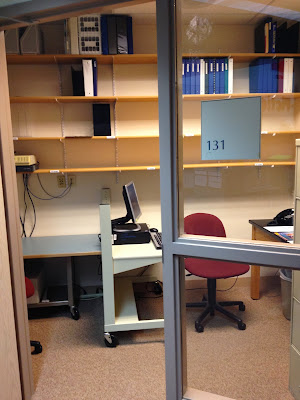 My sad "office/closet" at my old school. 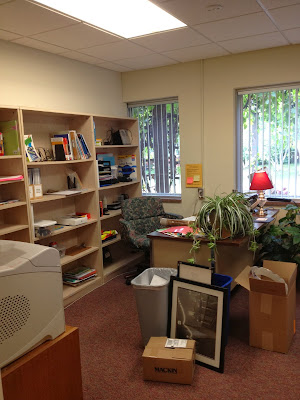 My new office actually has windows...looking out
on a garden (those are grapvines hanging from that trellis!)... 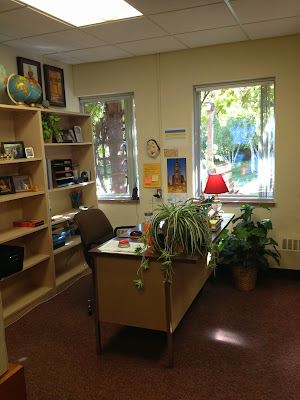 Publicity "stills" from the show I'm in...FURTHER evidence that I need to get back
on track with Weight Watchers...oy...