I've learned a few things in my years of "off and on" dieting.  It's difficult, it's not fun, and people who provide tips on products or recipes that, they claim, are "just like the 'real thing'" are WRONG! 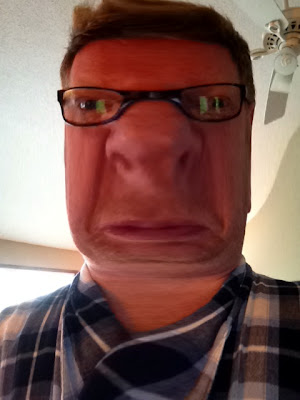 Over the years, I've had my hopes raised and dashed for products that taste "just like peanut butter" (PB2, which is, basically, a disgusting powdered "peanut like" product that you mix with water to reconstitute, and "Better 'n Peanut Butter", which is a reduced fat "peanut-ish" paste, and probably one of the WORST things I've ever tasted...), "just like potato chips" (what IS reconstituted pulp?), "just like sugar" (Stevia is WRETCHED, and the new "all natural" Splenda leaves a filmy, sorghum-y aftertaste), etc. etc. etc.

I've also tried recipes that dieters have recommended which taste "just like the original", and time and time again, have been disappointed.  I think the problem is that, after so many bushel baskets of lettuce, broccoli, and cauliflower, dieters are excited for ANYTHING that even SLIGHTLY reminds them of something they used to enjoy.

I tried a new "tastes just like" recipe today, and, I have to admit, I liked it.  I've only been on the new diet for a week, and AM missing my favorites, and COULD be going through the aforementioned "dieters delusion" (as I now call it), but the following DID actually, sort of, if you REALLY REALLY use your imagination, taste like a McDonald's Big Mac... 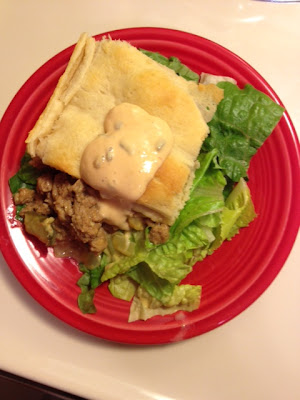 Saute onion and pickles with ground turkey until browned, and onions are translucent (about 6 minutes at the top end of medium-high).  Drain excess liquid.

Unroll crescent roll dough and place in a single layer on top of cheese.

Bake at 350 degrees until crescent rolls are done, about 12 minutes.

Serve over a bed of lettuce and top with 1 tablespoon Thousand Island Dressing.

As I said, I'm at the end of week one of the new diet, and, during the middle of it, had the flu, so ended up losing 5.4 pounds!  I'm in a contest at work, based on "The Biggest Loser" (see previous entry), and thought I was this week's winner.

Turns out I came in THIRD!  The "winner" lost TEN pounds (there are shoes involved in the weekly weigh-in that were worn for the initial "starting weight", but weren't for the first "weight loss" weigh in, but I won't be snarky...), and the person who came in second lost SIX pounds.  TOUGH competition!!!!

Anyway...I'm hoping to AT LEAST maintain this week, but another loss would be good too.  Maybe this casserole will help!

Okay...this is it...my LAST NIGHT of enjoying food, and calories, and fat, and stuff that's good.  NOT REALLY...but I AM starting "The Biggest Loser" at school tomorrow.  It's a yearly contest, that I've, thus far, managed NOT to participate in, but, as I get older and it gets harder and harder to get motivated to lose weight, and as my metabolism slows down to a WHEEZING CRAWL, I'm hoping CASH will motivate me to take it off.

TWENTY EIGHT of us are going to participate in weekly "weigh-ins".  Each "weigh in" costs a buck, and each week, the person who loses the most weight gets that week's earnings.  If you gain, you have to pay a buck for each pound, and whoever wins at the end of the nine weeks, gets that money.

Several staff members are going to lead aerobics and yoga sessions, and I MIGHT even get out and start walking again...provided the roads aren't snowy...or icy...or it's cold...or the day of the week has a "y" in it...............who am I kidding?!  I'm DOOMED!!!!  I might as well go to the bank now and get a bunch of singles to start paying the "weight gain" fees...

KIDDING...I'm motivated...I'm tired of not being able to button my pants, and I'm tired of looking like the Stay-Puft Marshmallow man. I'm also tired of being tired, and of huffing and puffing just going up a flight of stairs.  My back hurts, I grunt every time I get up from a chair, and sitting on the floor has become a practice of futility...

So...here's my OFFICIAL "before" photo.  Not the worst I could use for this, but bad enough that I cringe when I look at how puffy my face is.  We won't even go into the details of how I can barely ZIP this coat because there's already too much stuffing in the mid-section... 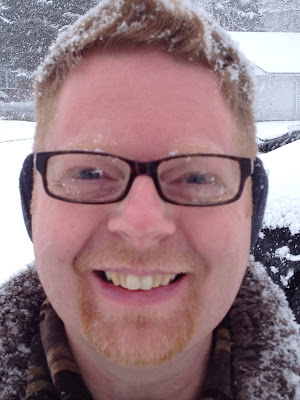 Nine weeks...Weight Watchers online to chart food and activity points...increased levels of exercise...and a New Year's resolution to lose weight.  Hopefully all of THIS will be the motivation I need to fit into this HOT leather jacket...which I bought the other day on eBay... 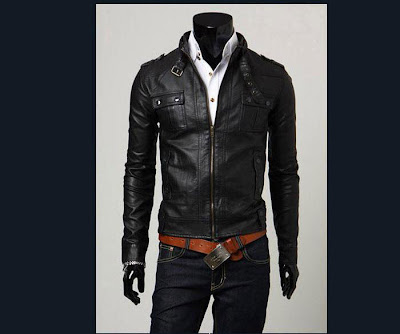 Here's hoping YOU are working on your New Year's resolutions too!

Attack of the Plastic Snowmen!!!

I saw someone's yard a few years ago that was FILLED with vintage light up, plastic blowmold snowmen.  I LOVED how tacky and cool (both...at the same time!) they were, and vowed to do the same on my tiny deck. 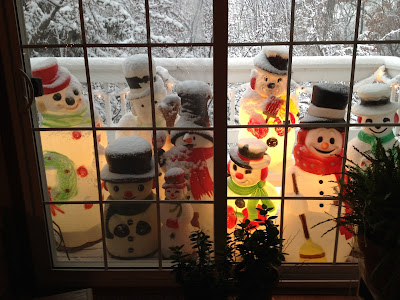 I think they are an absolute HOOT.  I have nine, but want about NINETEEN more, so that the entire deck is FULL of them.

Here's hoping YOU have decorations that make YOU grin too!!!!
Posted by Jeff S. at 2:12 PM No comments: