So I made the trip down to Fairfield again this week for ANOTHER funeral.  There have been too many the last few months, and this time, it was for my "adopted grandma", Edna Perry. 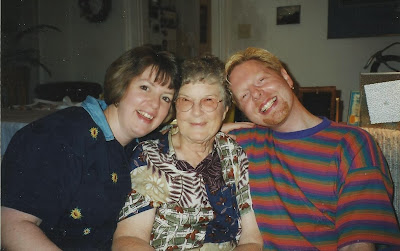 Edna was 93, and had been in a care facility for the last ten years.  She wasn't happy there, and was ready to be done with this life.  I watched her health, and mental faculties deteriorate over time, and, as is the usual regret, hadn't been back to see her for MUCH too long.

She lived a good life, and I have MANY happy memories of this kind, loving, FUN, FUN woman...baking fortune cookies when she came to stay with us when we were kids...her "sweet talking" a police officer when I got pulled over for speeding by asking in her kindest, most grandmotherly voice "Is there a problem officer?" (and getting me off with a warning)...church potluck dinners...plays...walks...talks...she was a delight. 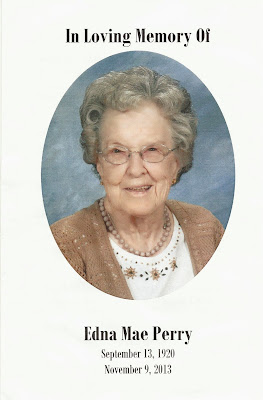 The world is a little emptier without you, dear friend, but I know you are in a better place, and that makes your passing a TINY bit easier.  Rest in peace, Edna, and I LOVE you very much!!!

Here's hoping YOU reconnected with happy memories recently too (but not the way I did!)!!
Posted by Jeff S. at 2:11 PM No comments:

Saturday evening, Duane and I had a GREAT time at the "Bowling Ball".  Our friends Pat and Joel won two hours of bowling, for 25 people, at a silent auction last year at the Kaposia Spaghetti Dinner fundraiser.

They decided that it should be a FORMAL affair, so requested that everyone wear old prom or bridesmaids dresses, tuxedos, etc.   I had planned to wear my lemon yellow polyester tuxedo, but since most of the people attending had already seen it, decided to wear my "sparkly" one instead.  I wasn't sure WHAT Duane was going to pull together, but was GLORIOUSLY surprised to have him appear in a black tuxedo, with red bowtie and cummerbund.  He looked AWESOME! 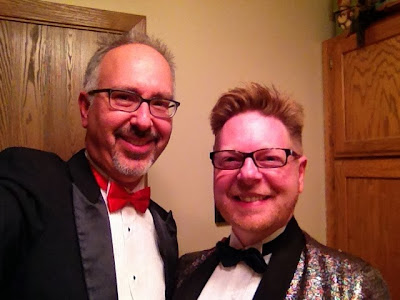 We arrived at the bowling alley a few minutes early, and I opted for sitting in the car until I saw someone else in "formal attire" going in (what can I say...I'm a big chicken sometimes).  An SUV pulled in to the parking lot, and when I saw that the woman in the passenger seat had a feather in her hair, I figured we were safe to go in.

We found our group in the restaurant attached to the bowling alley, and must have looked really good...as we were waiting for our lanes to open up, a woman came up to me and asked if Duane and I had just gotten married...TOO funny!!!

UNFORTUNATELY, not everyone was into the "dressing up" part, and about half the group was dressed in their street clothes (losers!).  Those of us that DID dress up, however, had a GREAT time strutting our stuff.  Pat wore her wedding dress...which is GORGEOUS, and a good time was had by all. 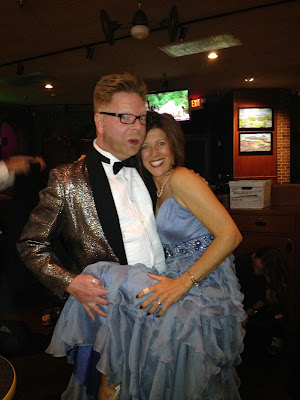 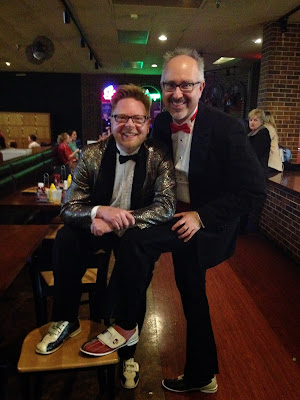 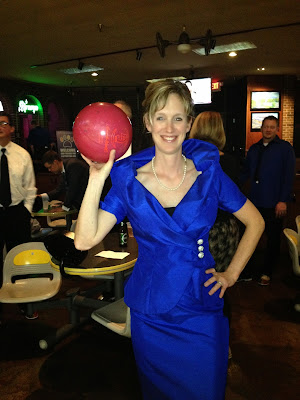 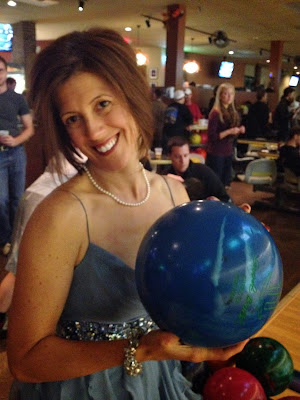 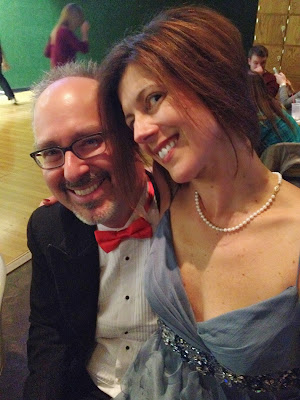 I, OF COURSE, had the lowest score of ANY of the attendees (I SUCK at bowling...and baseball...and football...and dodge ball...and every other sport known to man...), but what I lacked in skill, I made up for in panache!!!! 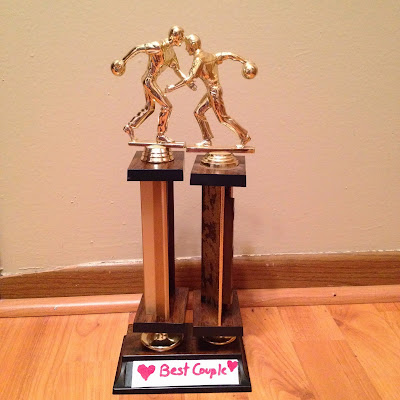 Here's hoping you had a chance to "dress to the nines" (or tens or elevens!) recently too!!!
Posted by Jeff S. at 5:41 PM No comments:

I Am Still Alive...Part II

The show has been over for almost a week...I'm STARTING to get caught up on sleep...laundry...cleaning...cooking...getting reacquainted with the people in my life!

Still not ready to commit to a full blog entry, but here's a quick promo video that was done by the production team of the show.  I thought it was AWESOME!!!