Identity theft…two words that strike fear, and make us all clutch our wallets and purses a little closer (as if that does any good…).  I found out yesterday that it’s happened to me. 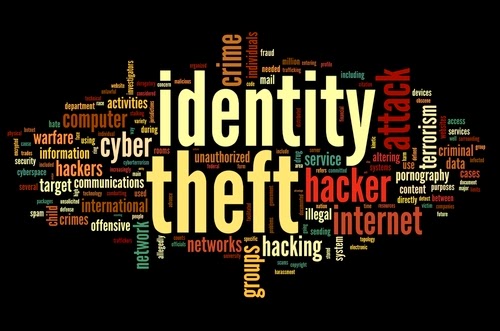 I received an envelope from a bank at which I have a savings account, but with which I haven’t done anything for several years.  I actually thought it was “junk mail”, and tossed it in a stack of stuff to look at “later”.  I was paying bills, and decided to see what it was.  Glad I did, because it was a letter notifying me that activity had recently been transacted.  They were writing to see if I had made any recent withdrawals from my account.


The person who WAS at both locations had an ID with MY NAME on it, and signed MY NAME to withdraw the money (insert expletive here).  Not sure how this account reached anyone’s radar…it’s not an active account, and I haven’t done anything with the money in the account for several years.


So now I’ve contacted the Federal Trade Commission to report a possible case of identity theft.  I’m in the process of getting credit scores from the three big credit score companies.  I’ve opened a "Fraud Report" with the bank.  They are checking into it, and will let me know what they find…eventually.  A police report will be generated and, if someone is caught, prosecuted (I suggest the electric chair or something similar), and now I worry…and check my other accounts several times a day…and worry some more.


Identity theft not only steals your “information”…it steals your “peace of mind”, and for that, I wish the perpetrator a LONG, LONG incarceration, and a lifetime of misery.


Think of how much better this world would be if people used their powers for good, and not evil.


Here’s hoping YOU are not experiencing similar angst, and that you are monitoring your credit reports, and keeping your documents secure, and that you are doing whatever it takes to keep the “bad guys” from doing what they do!
Posted by Jeff S. at 4:57 PM No comments:

I DO NOT KNOW what possessed me...weak moment...stupidity...solar flare.  Whatever the case, I now find myself DIRECTING the 6th grade musical this year at my new school.  Ugh! 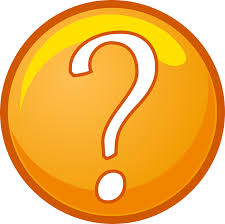 Having said that, and even though it's been one catastrophe and frustration after another since I agreed to direct, I'm SECRETLY kind of looking forward to it.  We had a HUGE turnout for auditions, and it was actually hard to choose the cast...there were THAT MANY talented students from which to choose.

Even though I had about FORTY SEVEN SECONDS to choose a play (because I was told by SEVERAL people that we were already SIX WEEKS BEHIND SCHEDULE), and I've suffered through a "parent meeting to get volunteers" in which a snarky parent was really abrasive, and I've had to switch out several cast members for various stupid reasons, and no one has stepped up to head ANY of the crews (costumes, props, set, sound, light, etc.), it's TRAGICALLY sad that this is STILL better than my previous job...right??!!

So...gloom and doom aside (and IGNORING the fact that my music director, who has been "part of the 'in charge' team" for NINE THOUSAND YEARS has it out for me because I'm relegating her to "just" music director, and not thinking about the fact that we have about eight weeks of 40 minute rehearsals three times a week to put everything together, and NOT even worrying about the fact that I have NO IDEA how to run the light board or the sound equipment in the theater, AND ignoring the fact that, in trying to reschedule the show from the dates that were chosen by someone else LAST YEAR (before I even started), I've COMPLETELY pissed off the "director of the arts" for the school district), it should be a really good show!

I've chosen "Unhappily Ever After", a musical about a counselor that has set up group therapy sessions with storybook characters because they are not, in fact, living happily ever after.  The counselor decides that she should rewrite the story and match characters up with others who share similar qualities...Prince Charming with the wicked stepmother because she's very sharp, Sleeping Beauty with the Frog Prince, because his croaking won't be annoying to someone who sleeps all the time, etc.  It turns out the counselor was right in the first place, and she re-rewrites everything again.  The characters decide they have to make the best of what they have, and all live...happily ever after.

It will be an AMAZING show.  The 6th graders are going to be AWESOME.  I will "tweak" the script enough to satisfy the prickly parent and ensure that ALL of the 6th graders will, indeed, get to do enough to make it "memorable for them too".  Volunteers WILL step up to lead the various crews.  I WILL have enough in the "6th grade musical budget" to pay for everything...and, hey...the last time I directed a show, I went down three pant sizes because of the stress...BONUS...this will help me accomplish my "weight loss goals" from previous posts...

Here's hoping YOU have not, possibly, bitten off more than you can chew, but, if you have, that your current circumstances are still better than your previous circumstances.