I'll post more about the AMAZING show I'm in when I have a little time to do so, but I wanted to share a YouTube video of our AMAZING teens in "Telephone Hour!!  Our choreographer, Kayla, is UNBELIEVABLE!!!!

Okay...I'm writing this on SUNDAY, January 16th, but can't post until FRIDAY, January 21st, but I have found THE ultimate recipe for the BACON! BACON! TASTE-OFF at school (I can't post until Friday because entries are ANONYMOUS, and some of the staff at my school actually READS this blog!). 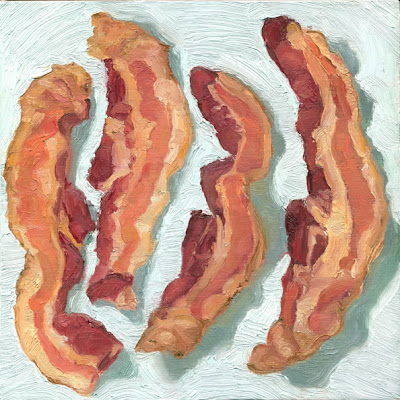 A little background...one of our staff members was "talking smack" a few years back that she had THE ultimate tater tot casserole (or "hot dish", as they call it up here in the FRIGID north!) recipe.  I suggested that she put her casserole (or "hot dish") where her mouth was, and I challenged her to a "bake off"...which sounded too prissy, so we came up with the TATER TOT TASTE-OFF (such fun alliteration!).  Several other staff members THOUGHT they had contenders, so we ended up with about TWELVE versions for our staff to try during lunch.

We had such a good time (even though I DIDN'T win), that we continued the contest the next year with a SOUP-ER TASTE-OFF (not QUITE as alliterative, but still a good title...), then last year, we had the CHOCOLATE TASTE-OFF. Now...in year number FOUR. we've moved on to one of my FAVORITE foods...BACON!!!

For some reason, I just can't bring myself to do something "normal" like Bacon/Corn Muffins, or Potato and Bacon Stew for these challenges...(how BORING!).  I think that's what KNOCKS me out of ever winning the competition.  To illustrate this point...last year's entry in the chocolate contest,  was "Fiery Brownies", which contained raspberries and chipotle chiles...NOT a big hit (although I thought they were QUITE tasty...and I did get a FEW votes...)!

Anyway...after LOTS of research, I settled on the following (kudos and thanks to joythebaker.com. My "tweaks" are highlighted in BOLD):

Peanut Butter, Chocolate Chunk, and Bacon Cookies
adapted from The Gourmet Cookbook
Makes 20 cookies about the size of your palm

In a skillet over medium high heat, fry bacon until cooked through, and let cool on paper towels. Dice and set aside.

In a mixer, combine peanut butter and sugars until well combined, about 2 minutes.

Add egg and baking soda, and mix for another 2 minutes. Fold in cooked bacon, and chocolate chunks.

Roll into large walnut sized balls.  Roll the dough balls in granulated sugar, and create a criss-cross pattern with a fork.  Bake for 11 minutes, until lightly browned.

Cool on a baking sheet for five minutes, then transfer to… your mouth.

As I said earlier...I'm writing this on on SUNDAY, and the contest isn't until FRIDAY.  I've made the cookies, and am freezing them until the TASTE-OFF (I had to...the musical in which I'm currently acting opens in two weeks, and I CERTAINLY won't have time to bake THIS week!).

Oh...and here's the "prize"...the winner's picture goes in this AWESOME frame (yep...also created by me) to hang in the staff lounge for all eternity...or until it falls off the wall...whichever comes first... 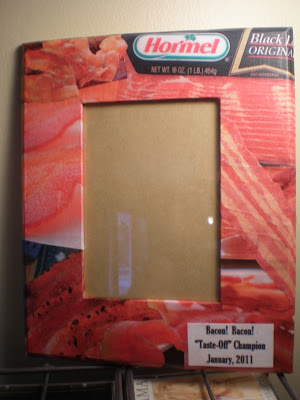 I'll let you know if I win or not, after this entry is posted.  Oh yeah...here's the really STUPID part.  I send out an e-mail on the day of the contest, asking for people's votes for BEST entry in the contest.  I tabulate the votes, and relay the winner to the staff...all without verification or authentication from anyone else...and I STILL HAVEN'T WON...how lame am I??!!

I've always been a fan of TAKING stuff to Goodwill, but, in the last few years, have also started SHOPPING there.  They have the COOLEST stuff!

My students at school LOVE the "Guinness Book of World Records" (any year), and I've been able to pick up 10 or 12 copies there recently.  I've also found some COOL vintage cookbooks, fake plants for my "no sun exposure at all" media center, Christmas record albums that I've framed and hung during the holidays, and, a few weeks ago, found a crockpot for $15.00 that I can use for potlucks and school "parties" (saving my "favoritest and best" crockpot for home use only).

Yesterday I found a dark blue suit that will be PERFECT for "Bye Bye Birdie", in which I'm currently acting, and I scored a REALLY cool leather jacket (from the Gap) for $30.00!!! 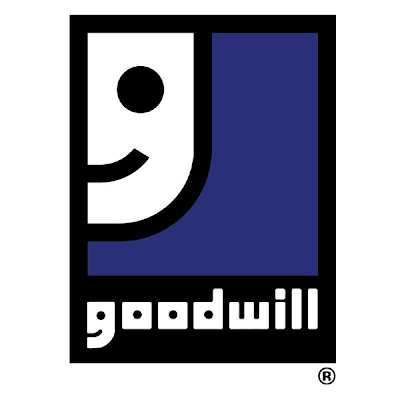 I'm supporting a really good cause, and I'm finding some REALLY cool stuff.  I actually SEEK OUT Goodwill stores when I visit other places...just to see what TREASURES they have to offer...
Here's hoping YOU have a Goodwill nearby, and that YOU find it as AWESOME as I do!!!!
SHOUTOUT to my buddy Amy's sister Sara...who is a bigwig with the company in Wisconsin...Goodwill ROCKS!!!!
Posted by Jeff S. at 7:17 PM 1 comment: 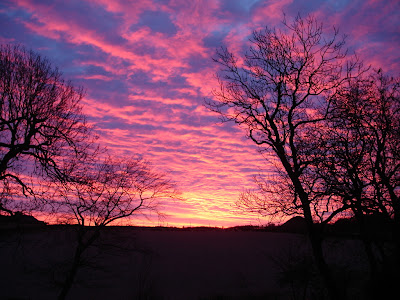 Every so often, in the middle of our crazy, hectic lives, we get a wake up call that helps get us back on track.  I had one of those last week...

Melissa, a former co-worker, and friend, lost her battle with cancer.  She fought a really long, hard battle, with a remission, which became a recurrance, and eventually lost the fight.  She leaves behind 6th and 9th grade daughters, and a multitude of distraught family and friends.  The pall over school has been palpable.  There have been tears, and regrets at not spending more time with her, and an outpouring of love and comraderie among those of us who knew her.

I've spent the last year whining and complaining about my job, and bitching about being too busy to enjoy my life, but SLAP IN THE FACE...I'm alive!  Being busy, and being unhappy, and letting the negativity around me eat at my soul, has definitely done a number on me, but I DO have control over how my life is lived.

I never call people, because I have this weird thing about not liking to talk on the phone.  I've been COMPLETELY negligent in responding to e-mail from friends on my home e-mail account.  I didn't even BOTHER sending my yearly Christmas card and letter this year...too busy.  For some of my friends, that's the ONLY time they ever hear from me.

There will always be whiny, negative, difficult people in your life, who will do their DARNDEST to make you miserable.  Whether they succeed or not, is up to you!    I will ALWAYS overschedule my life, and, at times, be "too busy to breathe", but, right now, it's time to get a little perspective!