CRAZY BUSY with a new job, a new show, and all the insanity of the start of a new school year (more on all of that when I have time!), but wanted to post a few pictures of our trip to mom and dad's for the (mostly) annual jelly making weekend!

Grandma Reynolds always used to "put up" batches and batches of wild plum jelly, and it was AMAZING!  After she died, I decided to carry on the tradition, so, for the past eight or nine years, give or take a year or two, I've trekked to southern Iowa to forage the ditches and fence lines around Tingley to gather enough plums to make a batch or two. 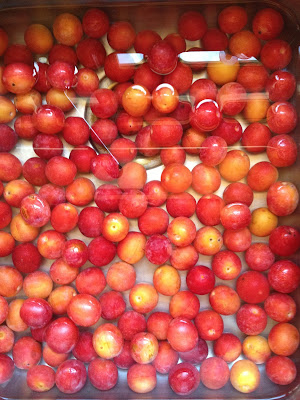 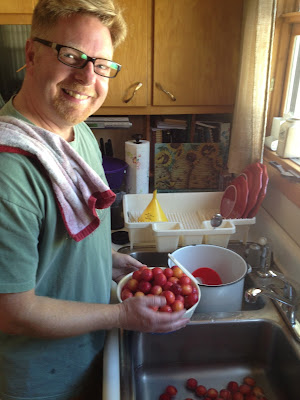 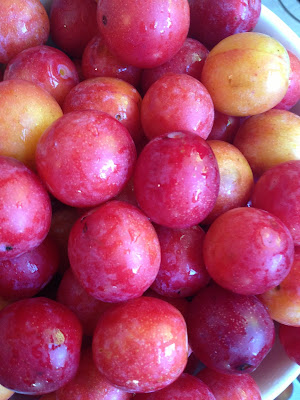 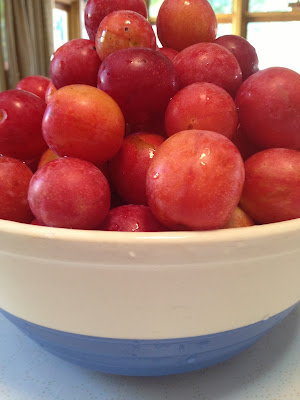 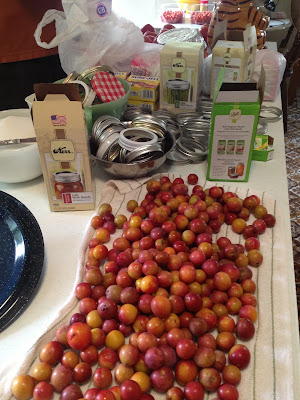 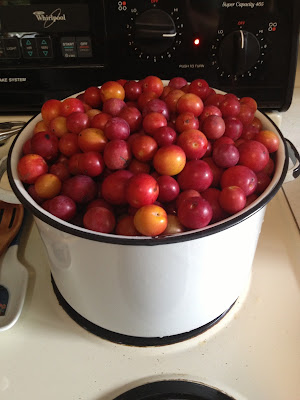 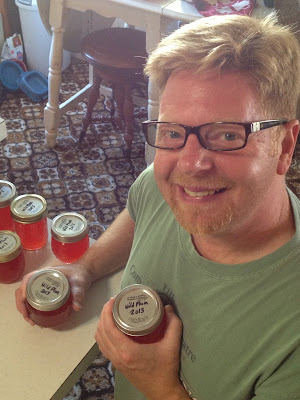 After noticing a crabapple tree LOADED with crabapples at the house next to mom and dad a few years back, I decided to add THAT to the jelly making list too.  Crabapples are tart and zippy, and make really good jelly! 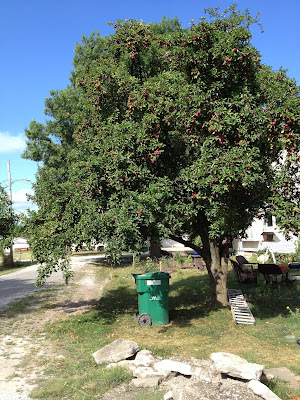 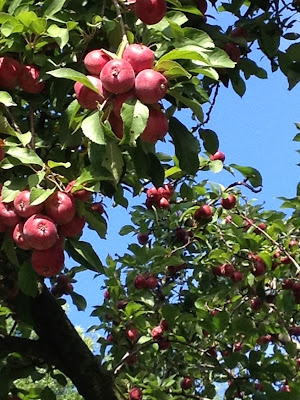 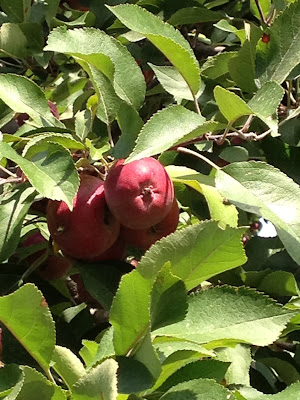 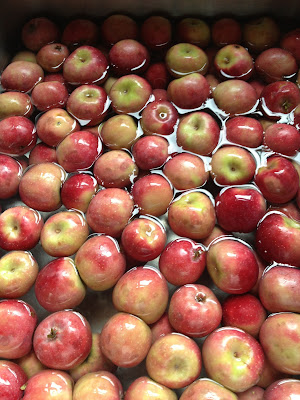 This year, I had some of each fruit left after making a couple of batches, so Duane suggested combining them...thus "crabby plum" was born!  REALLY zingy, and DELIGHTFULLY fresh...and, FOR SURE, an addition to the annual festivities!!! 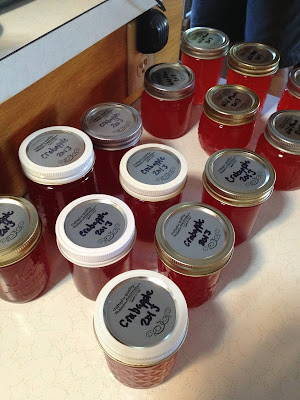 ADDING to the excitement this year, was the "assistance" of mom and dad's new kittens...Murphy and Moxie.  BOY WERE THEY HELPFUL... 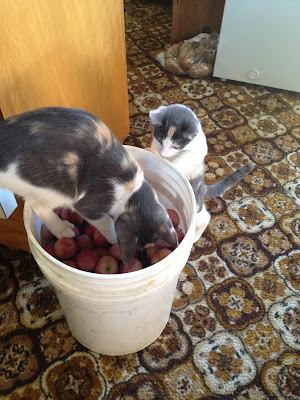 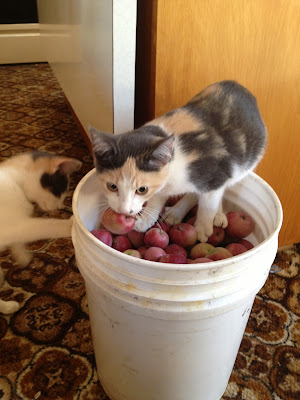 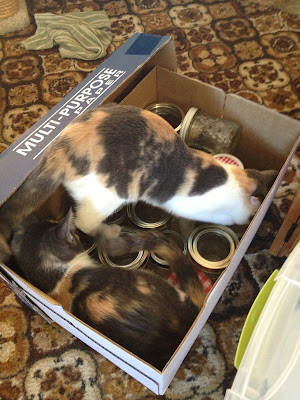 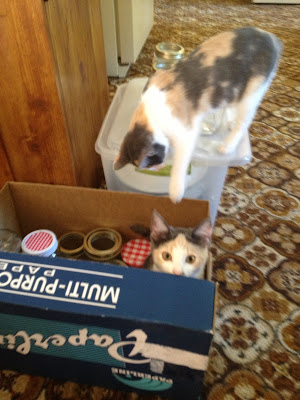 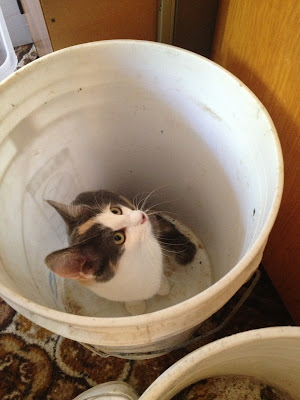 Luckily, they ARE kittens, and they DID need some "rest time" every now and then... 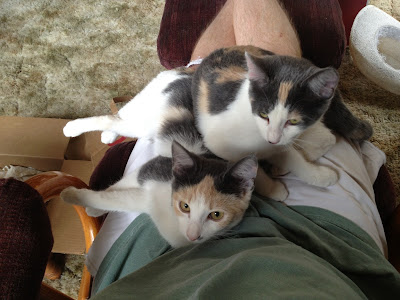 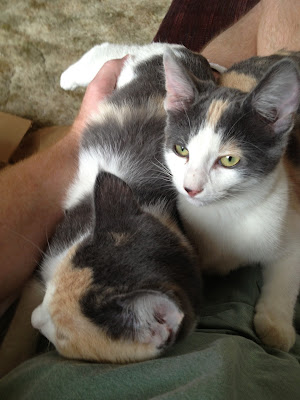 It was GREAT to see mom and dad, and to get away from the cities for awhile (and the stress of changing jobs, packing up thirteen years of "stuff" from my (now) former school district, lugging it all across town to the new school, going through the introductions and "new teacher" stuff (I was hired late, so missed most of the "how to" orientation), and FREAKING OUT about how much this "old dog" now has to learn in his new school district).

It was also a very good feeling to be carrying on a "family tradition" with the jelly making, AND to start a NEW tradition...which, I'm happy to say, everyone there contributed to...the celebratory shout of "whoo hoo!" whenever a lid would "pop" (indicating a good seal of the canning lid).  With 31 jars of jelly "put up"...that's a lot of "whoo hoos"!!!!!!

Here's hoping YOU are enjoying the end of summer/beginning of fall, and that you were able to carry out a beloved family tradition recently too!!!!
Posted by Jeff S. at 11:54 AM No comments: