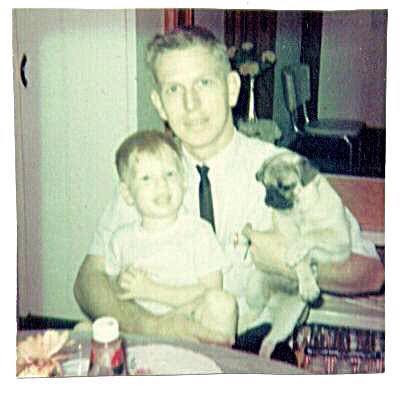 Although he passed quickly at the end, it wasn't, altogether, unexpected.  We've been thinking about the possibility, in the back of our minds, since 2009 when he went through a catastrophic series of medical issues, and were blessed with TEN YEARS of "bonus days" as he liked to say, but you are never really prepared when it actually happens.

He went into the Mt. Ayr hospital three weeks ago with issues that we thought were related to pneumonia.  He was assessed at the county hospital, and was then air lifted to Des Moines.

He spent two weeks in the CICU and had great difficulty breathing, due to COPD.  He also suffered, we believe, a heart attack, but the doctors weren't able to do an angiogram to assess the damage until Tuesday of the second week he was there, because of the breathing issues.

After the angiogram last Tuesday, they discovered that four of his five bypasses had collapsed, and the stents that had been inserted during two previous heart attacks had closed as well.  Faced with a lifetime on "just medication", which wouldn't necessarily have helped, since he was also battling kidney, circulation, and lung issues, he made the decision to enter "comfort care" instead of "aggressive care".

It's my understanding that "comfort care" basically makes you comfortable until you die.  Once he chose this route, he was given a morphine drip, and never regained consciousness before he passed.

I rushed down from the cities last Thursday to see him before he passed.  It was a gut wrenching decision, but we decided to turn off the oxygen he was receiving.  We agonized about reducing the amount gradually until it was zero, but the ICU nurse said that we weren't prolonging his life...just delaying his death.  So....we made the decision to shut it off, and I was AMAZED at how quickly he died after that.  Fifteen minutes.

After he died we headed back to mom's house, and in the three days following, met with the funeral home, bought a casket, planned the service (he had already written his own obituary), and this past Monday, attended the funeral, and buried him.

So many emotions course through your system during the grieving process.  That first night after he died, I didn't want to go to sleep because it was the last day that I saw him alive, and from that point forward every day would be a day that he was no longer with us. 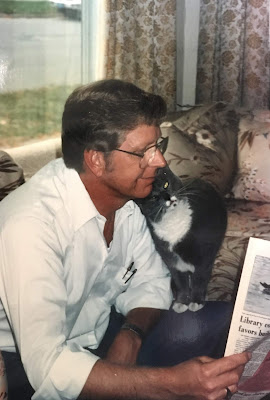 Grief is a weird thing.  I'll be fine one minute, and sobbing uncontrollably the next.  Little things set me off...like when I had to buy a birthday card for my niece and passed the "Happy Birthday Dad" cards...or when I came across a can of Bush's Baked Beans (one of his favorites) while cleaning out a cupboard.  I feel guilty for not calling or visiting more...I can't sleep...I walk around in a daze for most of the day.  So many feelings.

My dad was an AMAZING man, and I was so fortunate to have him in my life.  He came from a poor, working class family who was not very demonstrative with emotions, yet he made sure to change that with our family and tell us he loved us every day.  He guided us, taught us, cared for us, and supported us in everything we did. 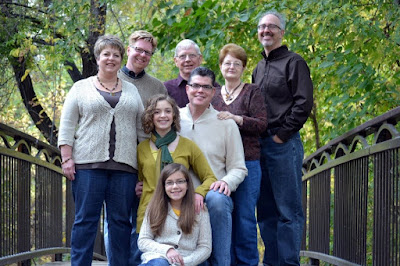