I found a REALLY good recipe for Cinnamon Rhubarb Muffins on Pinterest yesterday (which was pinned from www.finecooking.com).  After a trip to the Minneapolis Farmer's Market this morning, I made them!  They are REALLY, REALLY good, AND easy to modify, based on what you've got in the cupboard (see notes after recipe)!!! 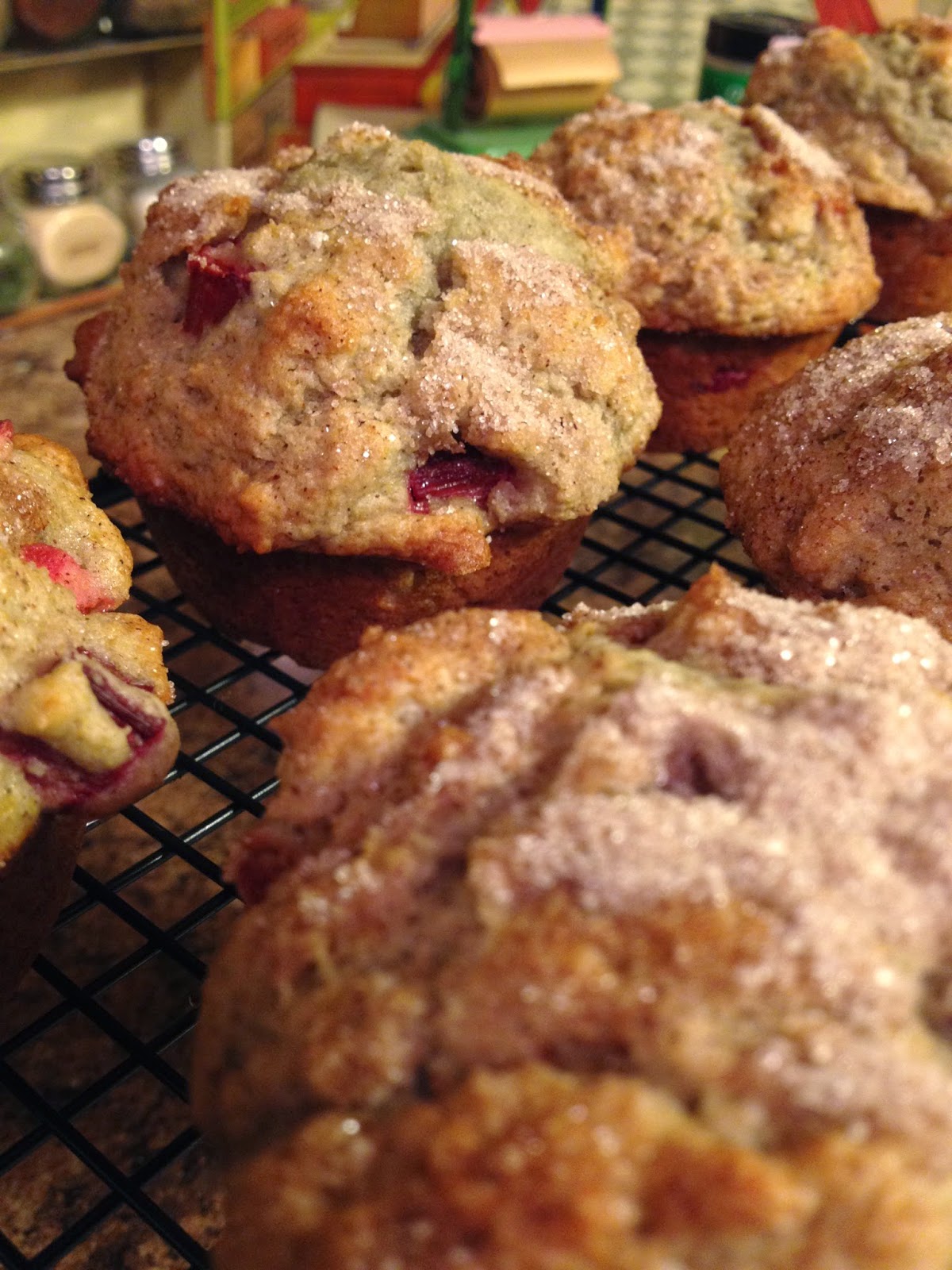 In a large mixing bowl, combine the flour, sugar, baking powder, cinnamon, baking soda, and salt and whisk to blend.

In a medium bowl, whisk together the sour cream, melted butter, eggs, and vanilla until smooth.  Lightly stir the sour cream mixture into the dry ingredients with a spatula until the batter just comes together, do not overmix.  Gently stir in the diced rhubarb.  The batter will be thick.

Divide the batter among the muffin cups, using the back of a spoon or a small spatula to settle the batter into the cups.  The batter should mound a bit higher than the tops of the cups.

In a small bowl, combine the sugar and cinnamon and mix well.  Sprinkle a generous 1/2 tsp. of the cinnamon-sugar mixture over each muffin.

Bake the muffins until they're golden brown, spring back most of the way when gently pressed, and a pick inserted in the center comes out clean, 18 to 22 minutes.  Transfer to a rack and let the muffins cool in the pan for 5 to 10 minutes.  Carefully lift the muffins out of the pan- if necessary, loosen them with the tip of a paring knife- and let them cool somewhat.

Notes:
Here's hoping YOU have a recipe to feature this amazingly tangy and delightful "vegetable which should be a fruit"!!!
Posted by Jeff S. at 3:40 PM No comments: