As I get older, I get more and more fussy about preservatives and chemicals in my food.  As a super busy person, however, with an average daily commute of ninety minutes, it's not always feasible to make everything from scratch.

Sometimes, you hit pay dirt, and find an easy recipe for something that you use a lot.  This past weekend, I got lucky (that sounds so BAD!).  I'm back on Weight Watchers, and one of my "go to" recipes is a mock egg mcmuffin...deli ham, scrambled egg whites, and low fat cheese on a low-calorie/high fiber english muffin.  I ran out of english muffins, and wondered if it was difficult to make them myself.

The recipe is for "Grandma's English Muffin Bread", and was posted by Stephanie K.  I wasn't really interested in creating a loaf of bread, but, a review by "smitty" stated that he or she tweaked the recipe a bit and made actual english muffins.  By combining the original recipe, and using smitty's adjustments, I ended up with REALLY, REALLY good English muffins.  The BEST part...you use a bread machine to work the dough!  I will never buy English muffins from the grocery store again. 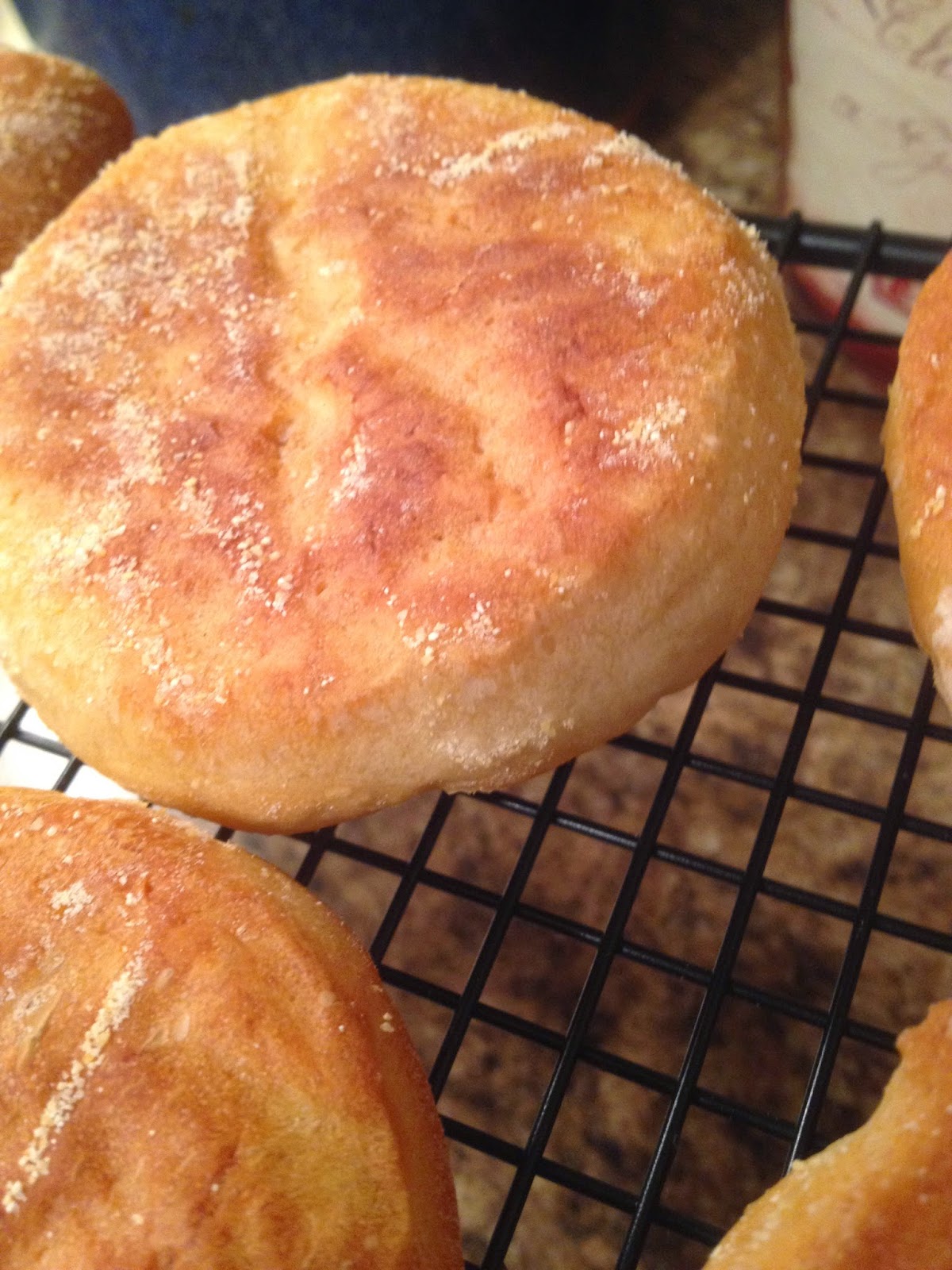 Directions:
1.  Place ingredients in the bread machine pan in the order suggested by the manufacturer.  Select the dough cycle.

4.  Place in oven, with temperature set at "warm", for 30 minutes to continue rising process.

5.  Turn oven temperature to 350 degrees.  Bake for 8 minutes, then turn and bake an additional 8 minutes.

Not very difficult, and crunchy on the outside, with lots of nooks and crannies inside.  I will DEFINITELY be adding this recipe to my "frequently made" file!!!

Here's hoping YOU found a great new recipe recently too!!!
Posted by Jeff S. at 7:55 PM No comments:

I am BIG on cutting recipes out of magazines to "try later".  I have binders and binders full of them.  The part I'm NOT so big on, is actually making them.  Every few years I go through them, and throw out the ones that no longer look interesting, but still haven't managed to get rid of any of those binders.  In fact, I just bought another one last week to start filling!

Having said that, I found a recipe in this month's Good Housekeeping that changed that!  It hasn't, in fact, even been torn out of the magazine yet, and I've already cooked it, with plans to make it again soon...Beef Ragu in the crock pot.

Although it's SLIGHTLY putzy, in that you have to brown the roast before putting it in the crock pot, it's TOTALLY worth it, and TOTALLY delicious!!

1.  In food processor, pulse celery, carrot, onion and garlic until finely chopped, scraping down side of bowl occasionally.

2.  In large skillet, heat oil on medium-high until hot.  Sprinkle beef with 1/2 tsp. each salt and pepper.  Add beef to skillet; cook 6 to 8 minutes or until browned on all sides, turning occasionally.  Transfer beef to 6 to 7 qt. slow-cooker bowl.

Here's hoping YOU found a good recipe to make and enjoy recently too!!!
Posted by Jeff S. at 12:35 PM No comments: